"Off on a tangent"

The events described below happened on a slip road to the A1 autobahn.

The load was made up of around 24,000 kg of stainless steel sheets that the driver had lashed down "as usual" with eleven belts. The sheets were bundled in packages and strapped crosswise with three steel straps each. 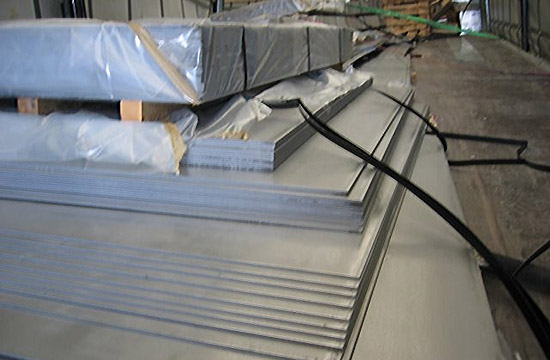 The individual packages were loaded in four stacks, taking account of correct distribution of the load. They were not strapped along the length of the load. The driver reported that the turn to the right was taken at low speed.

Then, inexorably obeying the laws of physics, the sheets started moving. The information that the next stage on the journey was a bend to the right had not filtered down to the loading area. And so the load and the truck went their separate ways. The truck turned off to the right and the load went off on a tangent. The driver noticed that the load had parted company with the vehicle when he saw the bulge in the tarpaulin in his mirror. 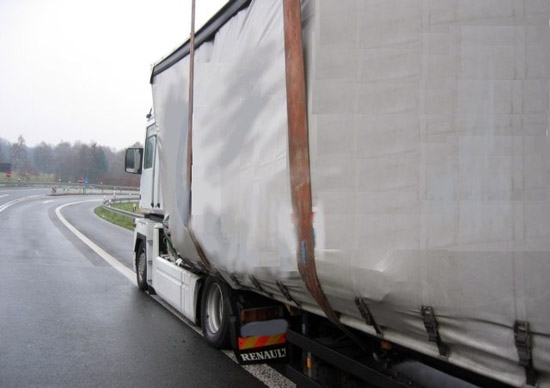 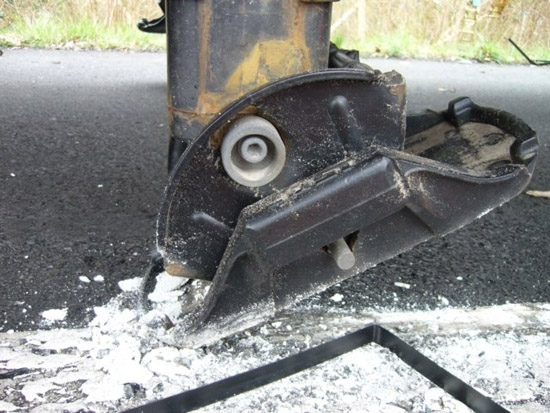 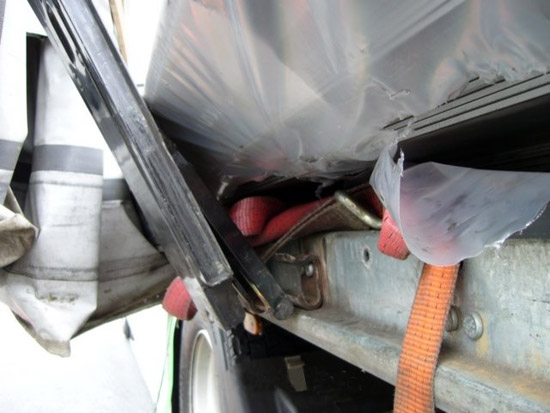 The packages of steel plates had freed themselves by cutting through the belts and had formed a separate party in the front of the vehicle, all set to disembark. 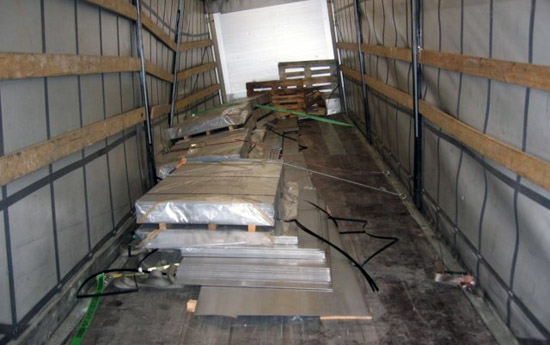 To summarize: Good fortune was had by all! 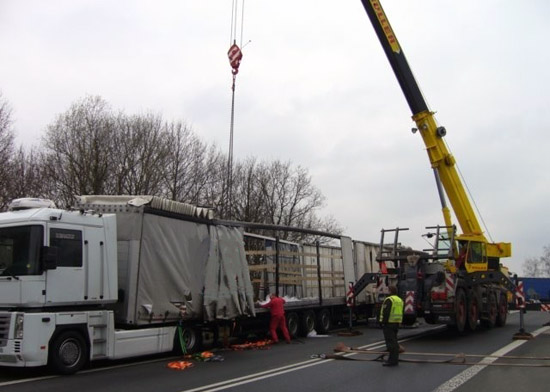 So what is the correct way of securing a load like this? Quite simple! Good, firm strapping in all three degrees of freedom. But people need to have the opportunity to learn these things, otherwise such incidents will keep on happening. And the consequences will undoubtedly not always be as fortunate as in this case.

In this case, there is a threefold responsibility:

If the vehicle was suitably equipped with belts, capable of conveying a load of this sort and the shipper was certain that the driver was able to secure the load so that it was safe to be handled and taken on the roads (e.g. as a result of training), the loader and the driver are jointly responsible.

It is best if drivers and loaders attend a load-securing course lasting at least three days. Only then will they be in a position to judge whether the load is adequately secured on the vehicle or not.

Loaders are also responsible for load securing according to the German Commercial Code and the CMR convention.
This is described at www.tis-gdv.de/tis/ls/verantwortung/inhalt.htm (German only).