Sledging on the road 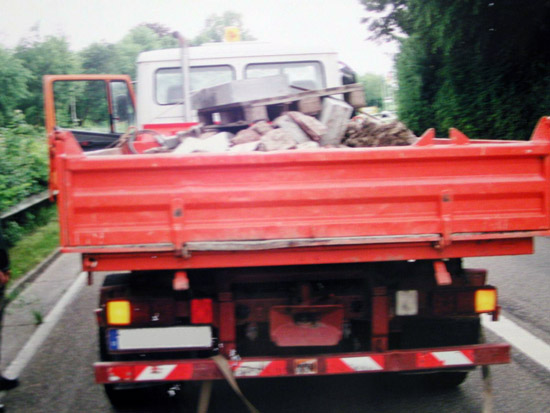 Enthroned atop the load is a concrete block. And not only is the largest part of the load placed on top, where it is far too exposed anyway, but someone who had a hand in loading this vehicle had the bright idea of putting the block on a sledge. Equipped with this sledge, the concrete block is free to slide, depending on the direction of acceleration, either to the left or, in the event of an emergency stop, straight through the cab wall onto the driver's seat. 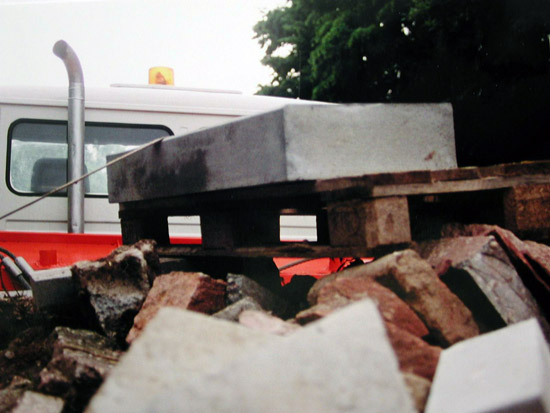 
Taking a closer look, things become even less appealing. The attempt to secure the load with a single lashing can only be termed useless, because: 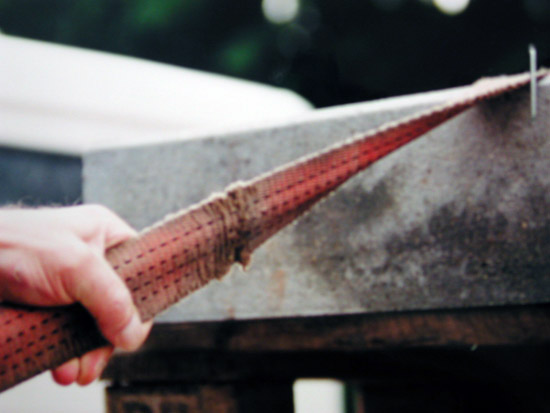 
With this load, it would have been perfectly possible to leave space for the concrete block on one side at the back of the vehicle. It could then have been secured as a tight fit against the side walls and tailgate. Stones placed underneath the block would have allowed it to be unloaded with a forklift truck, and the remaining tipped load would have formed a tight fit to secure the load to the front and the other side.