The laws of physics do not take a Christmas vacation! 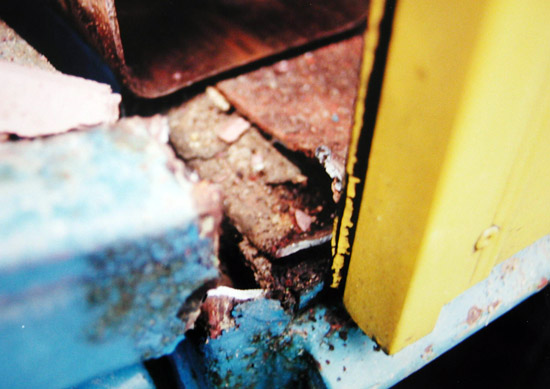 
This was the inescapable conclusion when a headboard was faced with a challenge beyond its capabilities. Filigree slab concrete was loaded on a trailer. It rested on square steel pipes and was secured with one or more tie-down lashings. Since this was the only load unit on the trailer, it should have been placed significantly further back on the trailer in the interests of distributing the load sensibly. It is no longer possible to determine the extent to which this may have been the case. The loading area appears to be steel, as are the square pipes used to support the load. Figure 3 reveals two wide strips of friction-enhancing mats behind the load. On this basis, we can assume that the load had indeed been placed further back and was originally on friction-enhancing mats. 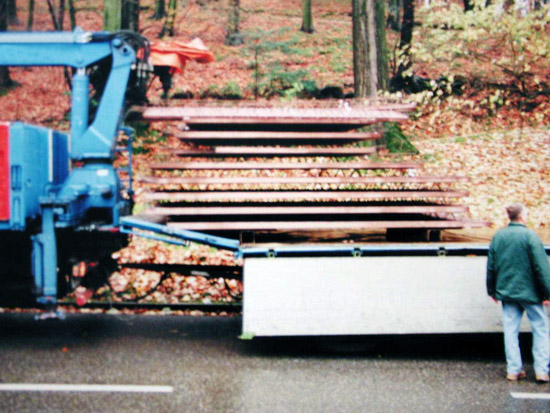 The use of one or two belts at most meant that the load was far from adequately secured. The attempt to use friction-enhancing mats to improve securing of the load is in itself laudable, but such measures must then be used consistently between all layers of the load. We shall not be discussing whether this would have been sensible for this type of load. One fundamental mistake was to use square steel pipes to support the load (the same applies to square lumber. Supports with a square cross-section facilitate rolling of the load along the longitudinal axis. 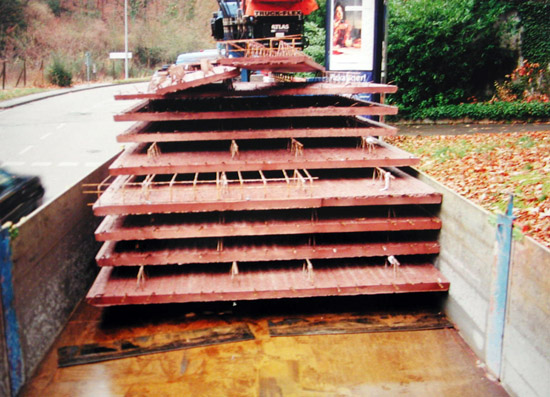 
And then, on the way, it happened.

How is it possible to load and reliably secure a load of this type? 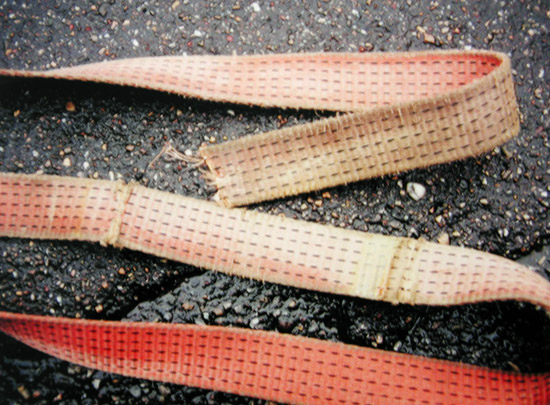