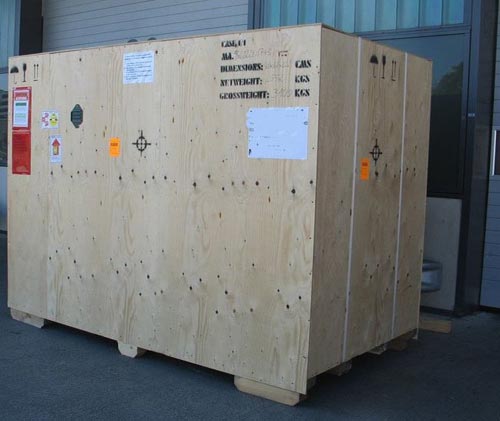 The expert who was to inspect the state of the packaging and oversee loading could not believe his eyes when the driver of the truck that was to be used for transporting the cargo to the airport opened up the vehicle (Figures 2 and 3). The trailer was a reefer trailer fitted with a lifting roller bed and hence suitable for transporting air freight pallets. The trailer already contained around 95 boxes of refrigerated goods (pharmaceuticals) and two boxes on a separate pallet each. 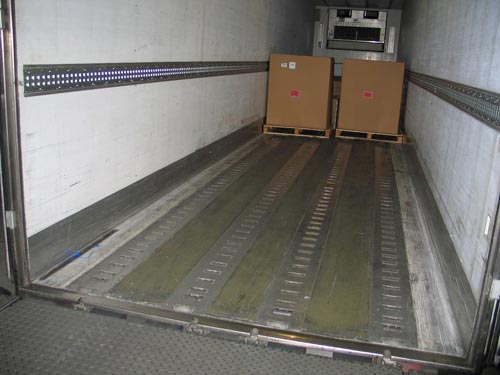 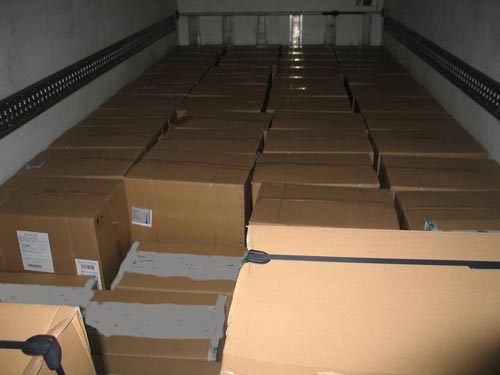 The driver initially intended to stow and transport the wooden box behind the goods already loaded without securing it in any way. Under braking, the wooden box would have squashed the rest of the load as if in a press and may have been damaged itself.

Because an expert was on site at the time, the cargo was not loaded. Instead, a different vehicle with suitable load securing points and equipment was ordered (Figure 4). The cargo was able to be transported safely and on time with this vehicle.

Thank goodness for the expert! 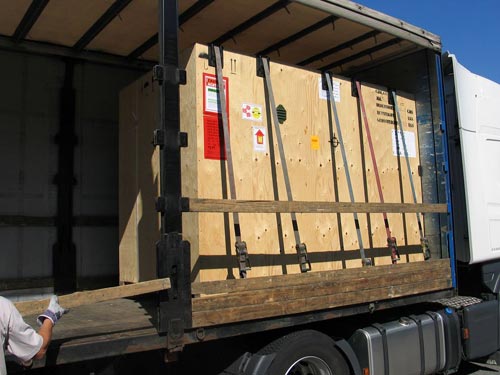 The center of gravity of this 3-tonne box is 1.5 meters from the end wall, which puts it within the load distribution curve.