Wire entanglement on the highway 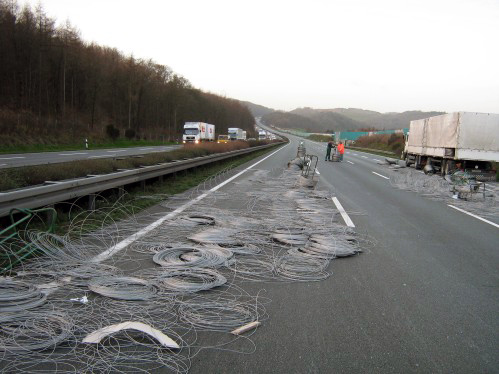 This truck/trailer combination was carrying a load of wire coils intended for manufacturing screws. The coils were on loading frames (spools) and loaded with the winding axis facing up. The individual frames were only partially loaded as a tight fit. No load securing measures had been taken. As the truck joined the highway, it was caught by a gust of wind. That driver steered to compensate and the vehicle began to fishtail causing the wire coils on the trailer to break through one of the left side walls and fall onto the carriageway. Large areas of the carriageway were covered by the wire coils, which represented a significant danger to the following traffic. 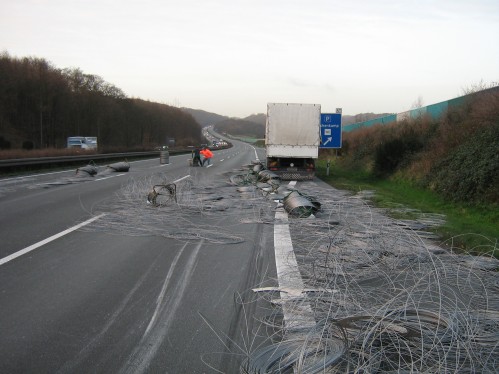 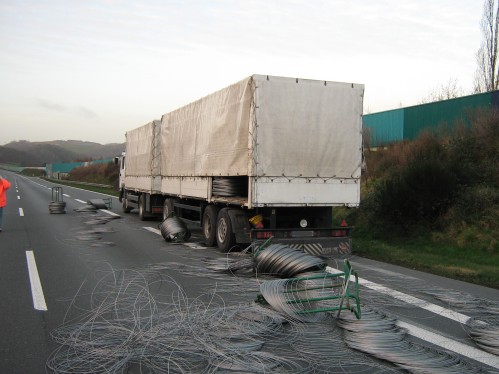 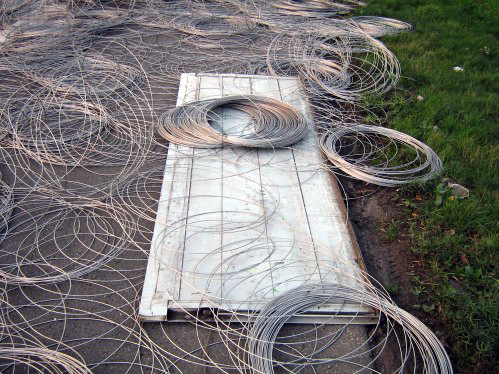 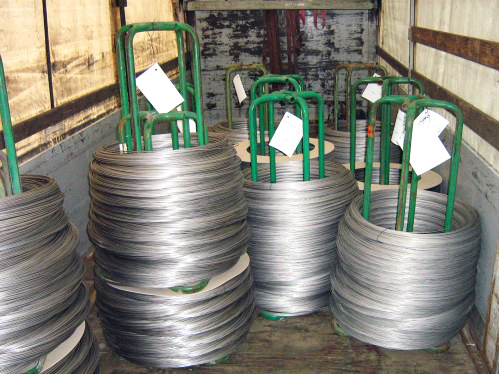 Figure 5 shows the wire coils on the truck; some of them are resting relatively loosely on the frames. The coils were loaded offset, in other words, the individual coils were not stowed in rows (soldier stow) but were offset to fill the individual gaps (like the dots on a 5 on a die). A load of this sort has such a high level of flexibility that it is not really possible to speak of a tight-fit load. This means that this load will always have a certain freedom of movement. As far as friction is concerned, the two materials to be assessed are the steel piping frame and the wooden loading area. By no stretch of the imagination can this friction pairing provide a friction of coefficient µ of more than 0.2. It is extremely difficult to judge exactly what happened when the vehicle started fishtailing. The only thing that we can realistically do is to list some of the individual hazards which may have led to this accident.


In the foreground, you can see two stacked spools. It is quite clear that these frames are at risk of tipping. As a result of lateral acceleration, the load on the side wall is considerably higher, as a mass in excess of one tonne can be assumed. 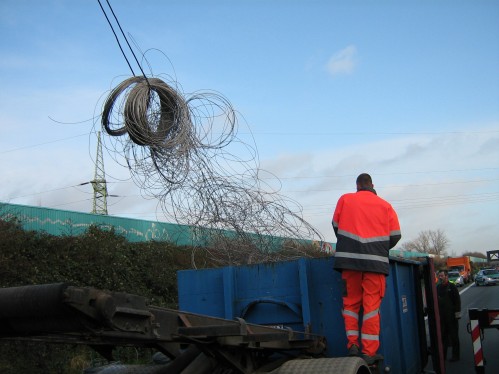