A romantic interlude for an excavator shovel


The title alone makes it pretty clear that your load-securing columnist is having difficulty taking a load of this type seriously. The question begs to be asked whether the person responsible for this transport and its load has any clue whatsoever about physical relationships.

To place this heavy excavator shovel on top of the rather soft and yielding barriers is a sign of very considerable ignorance. After such a transport of delight, some of the barriers will undoubtedly be of no use to anyone. What a pity!! 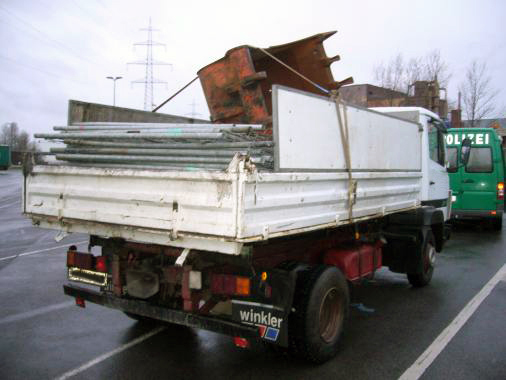 If this transport were not meant seriously, the attempt at load securing would provide an entertaining counter-example for any training course in load securing. But it is still worth a second look. Looking at this attempt at securing a load from the point of view of somebody who, as part of the KLSK (Königsberg Regional Load Securing Committee), is dedicated to improving load securing on our roads, it’s hard to keep one’s composure.


But let’s look at this calmly and objectively: 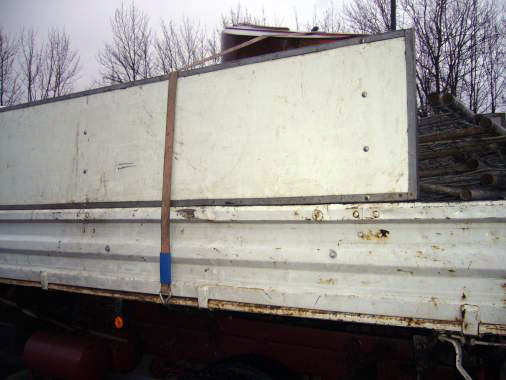 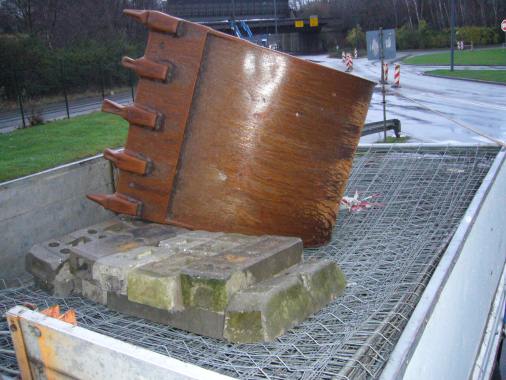 
Which leaves us with the question of just how to secure a shovel like this securely. To start with, under no circumstances on this vehicle with this type of load already in place!

A heavy load of this type should wherever possible be loaded directly onto the loading area of the vehicle. If it is possible, after taking account of the distribution of the load, the shovel should be loaded hard up against the end wall. The use of friction enhancing mats achieves a good coefficient of friction. A tie-down lashing as a minimum load securing measure damps vibrations and oscillations and a loop lashing to the back holds the shovel securely. Of course, there are still people who believe that a coefficient of friction µ of 0.5 or 0.6 will surely be enough. Okay, to meet the standards, it may be enough, but we are speaking of load securing here, and it is well worth having something in hand. It is far better to be on the safe side. If it is not possible to achieve a tight fit to the front, then friction-enhancing mats and loop lashings are the materials of choice to deal with a load securing problem like this one.

This example is well on the way to winning the Golden Raspberry in the 2007 load securing awards.