One for the road – happy New Year! 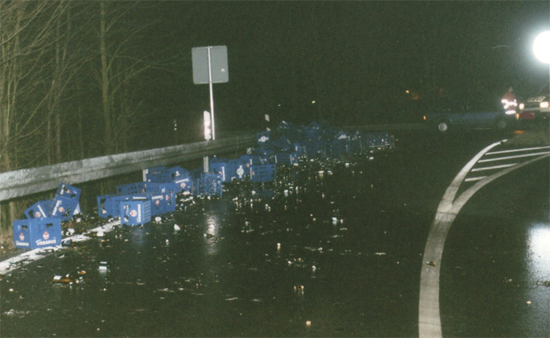 So what had happened? When turning off to the left, the crates of beer were pushed against the right side wall. Probably due to a technical fault, the side wall of the trailer was not closed properly. It fell open and the crates of beer tipped onto the road. 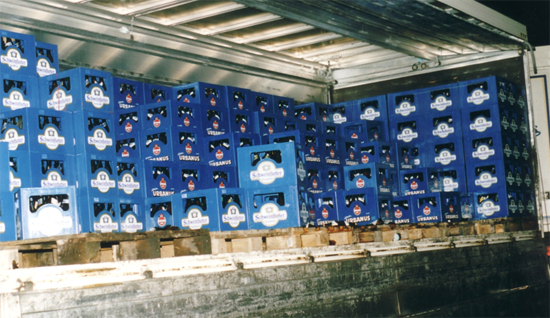 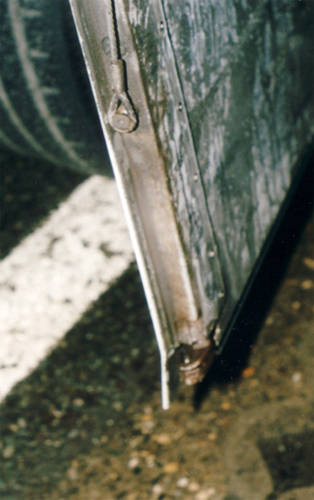