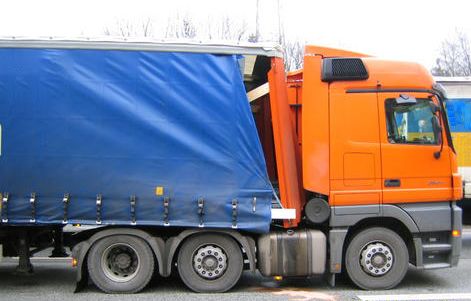 Battering ram on board!

An articulated truck (the trailer was a curtainsider) had to brake from a speed of 50 kph due to a "lapse of concentration" in roadworks. The occupants of a police car which happened to be nearby only heard a bang. Initially, the officers were expecting a pile-up, but they hunted in vain. The load in the curtainsider had "rammed" the head board and separated it from the trailer. The compressed air hoses for the brakes were torn off, which caused the brakes to lock, bringing everything to a standstill. The fire service had to load the cargo onto another vehicle where it stood in order to be able to recover the truck. 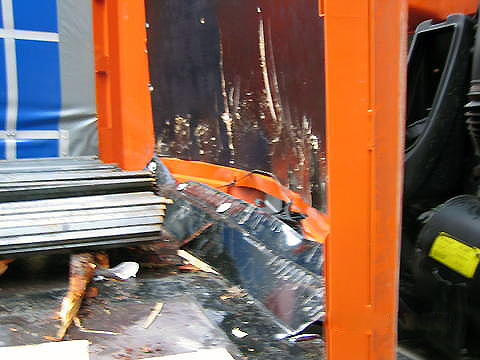 The load in the curtainsider comprised 21 bundles of steel profiles, each bundle weighing approx. 1.1 metric tons. These bundles were resting on square cross-section lumber, which was also slightly icy. Load securing measures comprised three tie-downs. The braking maneuver caused the steel bundles to slip forwards around three meters before they hit the head board. 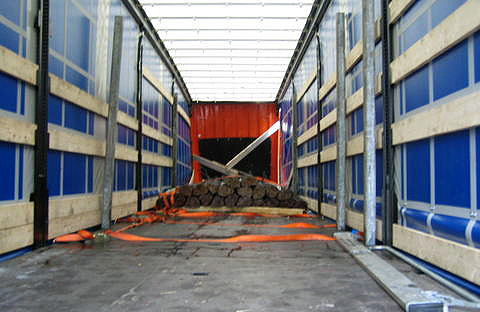 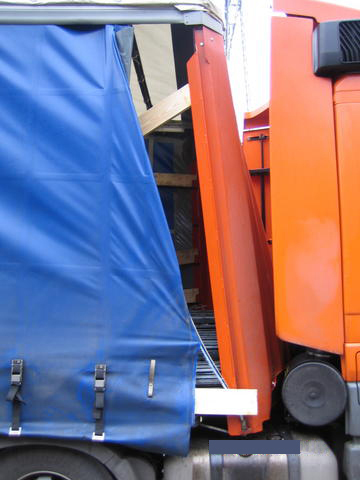 A wooden barrier is built in front of the load. This can be done by stacking balks in front of the load-bearing stanchions. In the middle, the load can be braced towards the head board or the barrier can be "supported" by two lashings. If such loads are regularly transported, it would make sense for a movable steel or aluminum head board to be used. This can also be supported by load-bearing stanchions or in perforated battens. Some trailer manufacturers are already offering solutions of this type. Securing against the direction of travel is provided by the friction of the nonslip mats. Minimal tie-down securing in order to reduce oscillations is provided by the lashings.