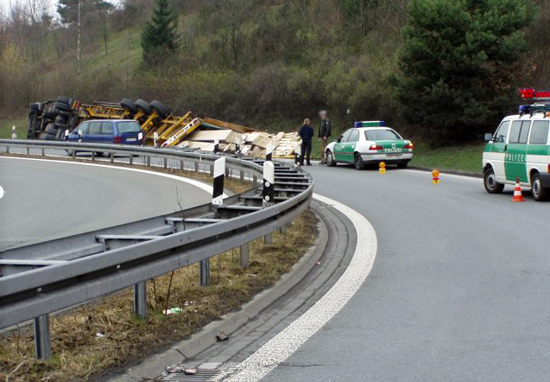 How is the load meant to know that there’s a left-hand bend up ahead?

Communication on the loading area of a truck can only take place on the basis of physical interrelationships. Either friction informs the individual components of the load of a pending change in speed or direction, or the load itself is sufficiently tight-fit that it intuitively knows that it has to follow the vehicle around a left-hand bend.

As is so often the case, in this example also an articulated truck took a left-hand bend too quickly. If it had taken the bend at walking pace, it’s quite probable that nothing would have happened.

The load comprised stacked and strapped worktops and was loaded relatively high on the curtainsider. There were gaps in the load between the individual packages and between the load and the sides of the curtainsider. The surfaces of the worktops were laminated and had a coefficient of friction of 0.1 µ. Load securing measures comprised a number of tie-downs. Tight-fit securing of the load to the side was not possible, as the vehicle was a standard curtainsider, which generally provides no load-securing capability to the sides.

When the vehicle took the bend, the load slipped to the side and in doing so shifted the center of gravity of the entire vehicle so far to the right that the vehicle rolled over. 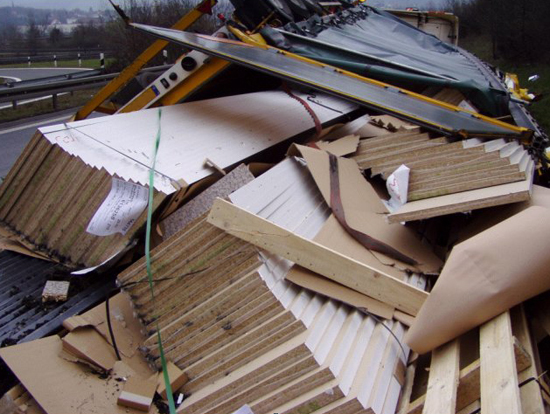