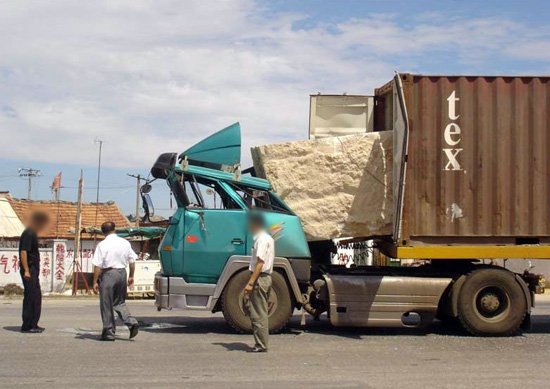 Caught between a rock and a hard place!

During a braking maneuver, a slab of stone broke through the front of a container and its kinetic energy was converted to deformation energy at the cab of the tractor unit. The weight of the slab is not known but is assumed to be somewhere between 15 and 20 tonnes.

There’s not much to be said about the load securing except that it was inadequate.