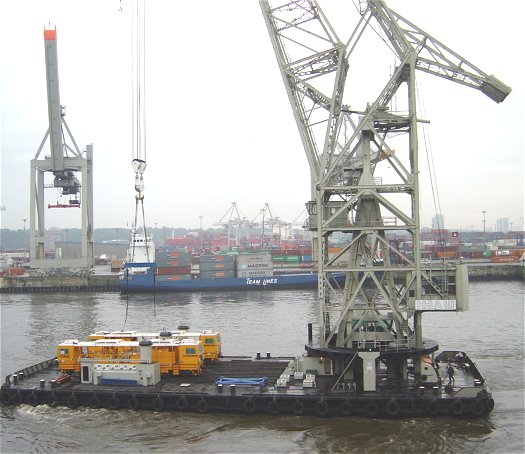 The picture shows two special locomotives en route to South Korea. They are railroad track building locomotives used for compressing the track ballast and are to be shipped overseas in a container ship via Hamburg. Each locomotive weighs in at 59.7 tonnes.

The locomotives are delivered alongside the container ship and loaded with a floating crane. 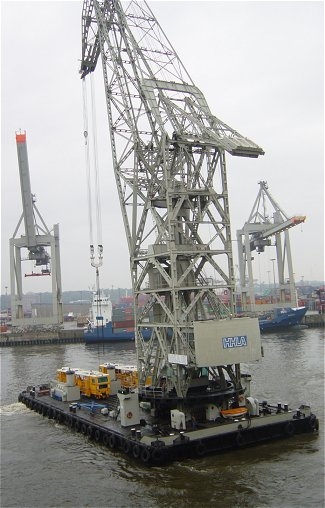 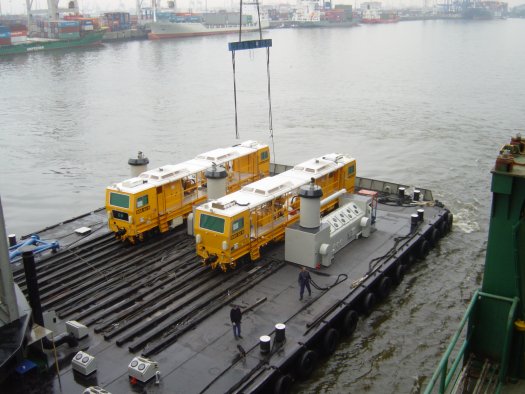 On the container ship, the locomotives will be stowed below deck. An area midships with sufficient overhead clearance has been selected. Eight 40′ flatracks have been stowed next to each other in the penultimate tier. The locomotives will then be stowed athwartships on these flats. The collapsible end walls of the flats have been raised in order to reduce any possible torsional movement from the cell guiderails of the container ship.

To distribute the weight of the cargo evenly across the flats, two cross-laid frames comprising pairs of 18 x 18 cm squared lumber have been prepared for each locomotive. The load is distributed to the frames of the flats (side rails). Line loads are used for calculation purposes for flats and containers, in particular with static loads. Bending moments would also need to be taken into account if the cargo and the flats were to be transshipped together. 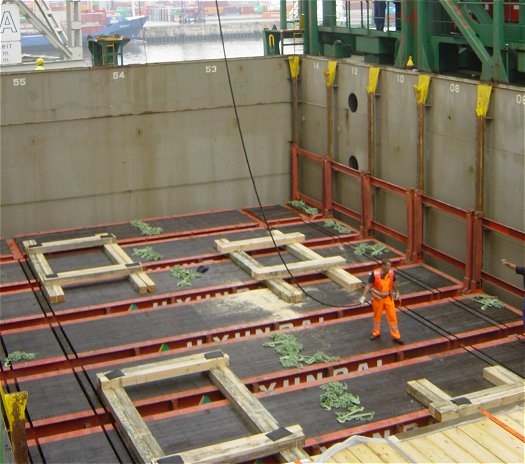 A cross beam is used during transshipment to ensure that the wire ropes used for slinging can run vertically. If there is a spreading angle, there is a risk that the roof of the locomotive could be damaged by lateral pressure from the slinging equipment. 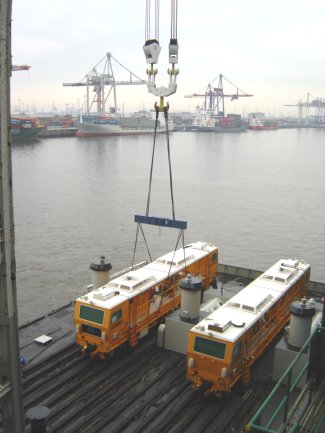 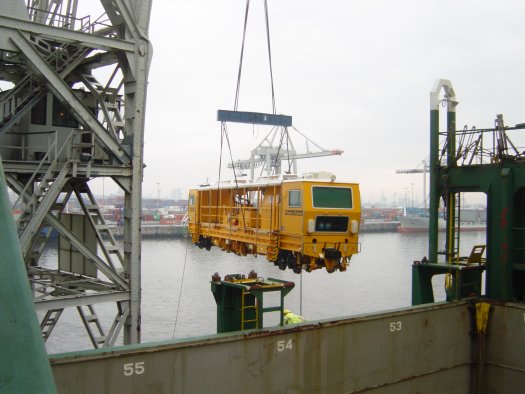 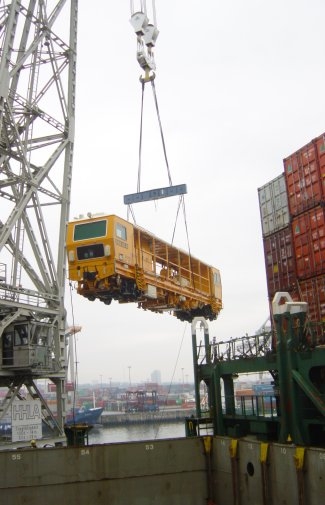 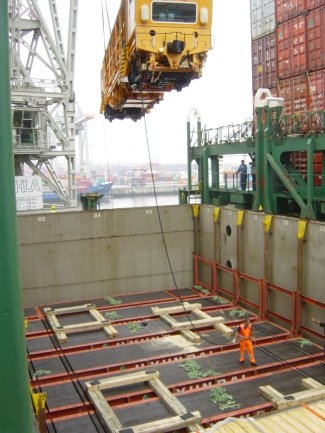 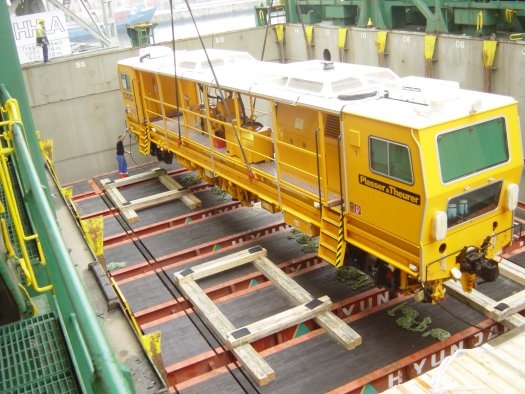 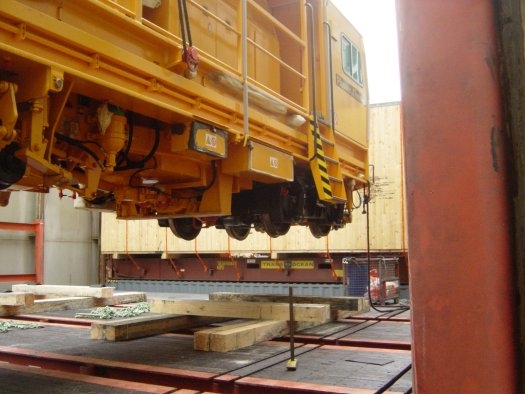 Before the locomotive is finally completely lowered, specially built hardwood cradles are placed below the wheels. 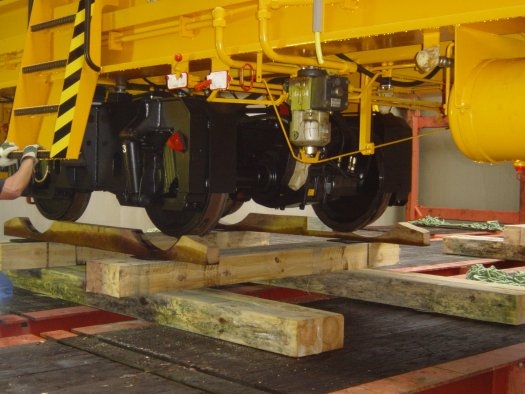 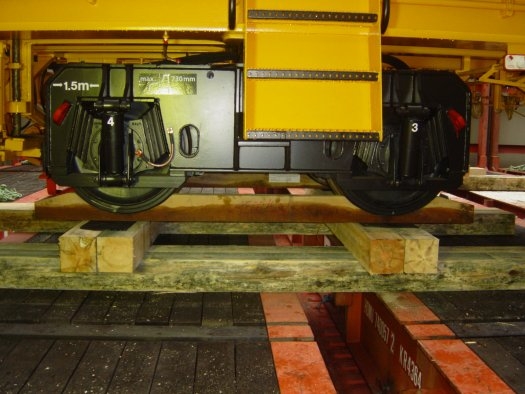 The second locomotive is then loaded using the same method. 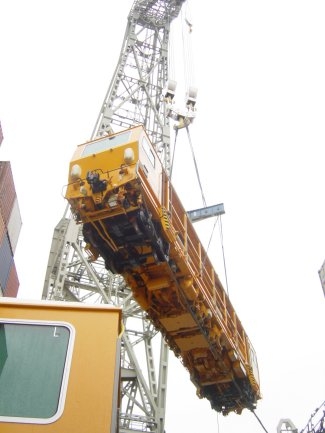 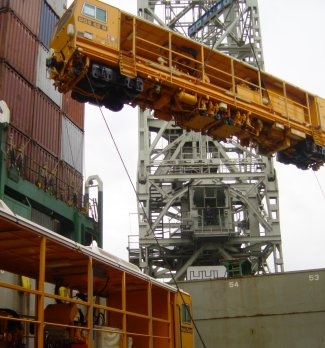 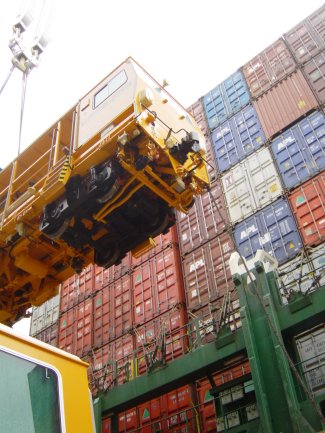 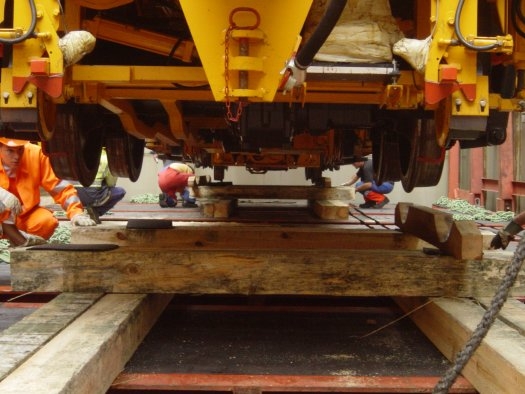 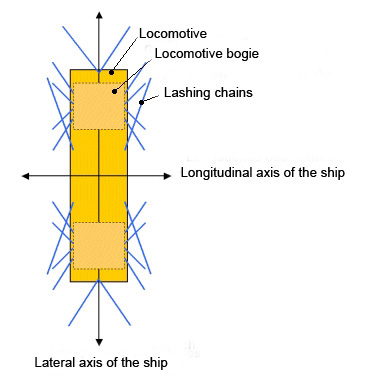 The chains used have a certified breaking load of 200 kN (20 tonnes), i.e. an MSL (maximum securing load) of 100 kN (10 tonnes) and are tensioned using tensioning levers and hooks. The load securing points of the flats have an MSL of 5000 daN (5 tonnes). The smaller value must be taken for calculating the load securing measures. Experience shows that not all the lashing points are always accessible, and so sturdy points on the frames of the flats can be used instead. The studs of the stanchions are not suitable as securing points and can only be used as additional securing.

With any vehicles, care must be taken to ensure that the load securing measures do not push the vehicle down on the suspension. In the case described here, the majority of the lashing chains were attached to unsprung parts – the bogies. The remaining chains were attached in long runs to avoid pulling the vehicle down on its suspension and to ensure that the effect was exerted in a lateral direction. 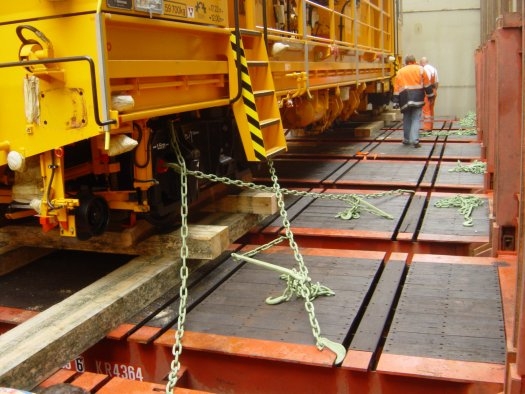 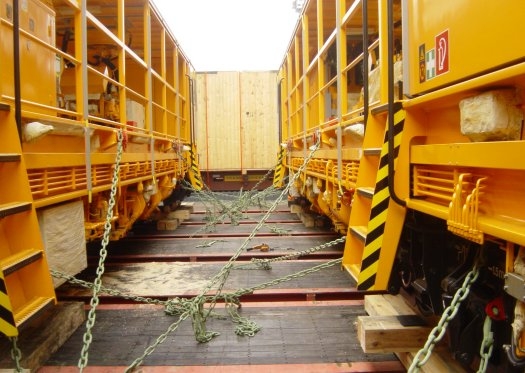 When transporting heavy cargo or non-standardized cargo on ocean-going ships, Annex 13 of the Code of Safe Practice for Cargo Stowage and Securing (IMO-Code) is to be observed.

The following aspects should be observed with direct securing using chains:


The following points should also be observed: 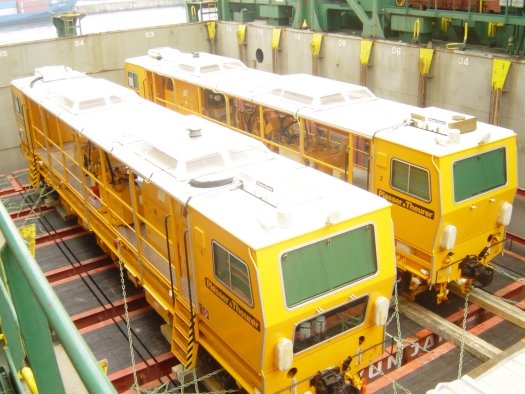 After the securing work is completed, the container hold is covered with pontoon covers and several layers of containers stowed on top.