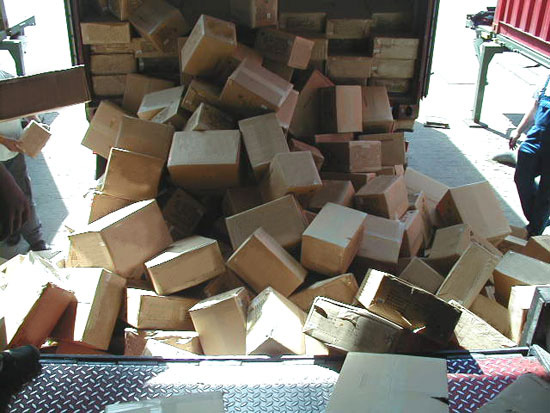 Quite apart from the fact that gatecrashing isn’t really the done thing, this way of stuffing a container not only blatantly ignores the simplest rules of packing, stowing and securing, but also poses a major threat to the safety of the staff responsible for inspection and unloading.

The boxes in Figure 1 (some of which were quite heavy) were stacked loosely on top of each other and had plenty of opportunity to shuffle around in the container on their transatlantic crossing. That was fine as long as the container itself and the container door took care of securing the load; a task which neither of them should ever be permitted to perform. The moment the door was opened, a large quantity of the boxes simply fell out. It was tantamount to a miracle that none of the staff was injured. 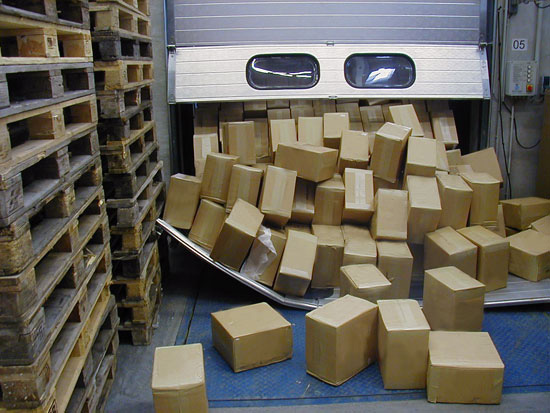 Figure 2
Figure 2 shows that the boxes managed to remain balanced on top of each other until the truck had backed the container up to the ramp of one of the warehouses. But the negligible acceleration force of braking at the gate of the warehouse was sufficient for the container to unload itself. The fact that the door was closed didn’t bother the boxes. They crashed through it and scattered themselves across the warehouse. This utterly irresponsible failure to secure the load properly could easily have been rectified: Even the use of intermediate layers of cardboard or strong paper (kraft paper of similar) would have provided a considerable degree of stacking stability. In addition, the load needs to be secured in the vicinity of the door (see the Container Handbook). This type of securing can be achieved with a wooden lattice or arrangements of belts and possibly using tarpaulins secured and tensioned on the inside of the container. 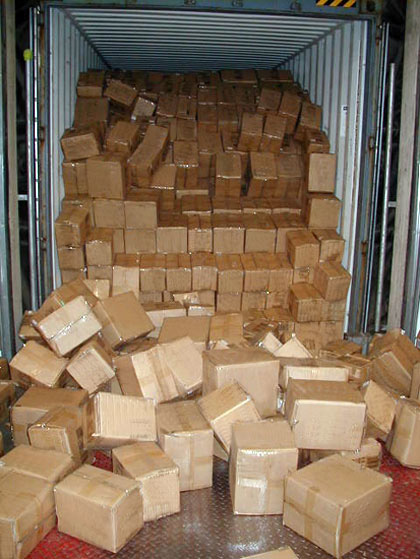 Figure 3
Back to beginning