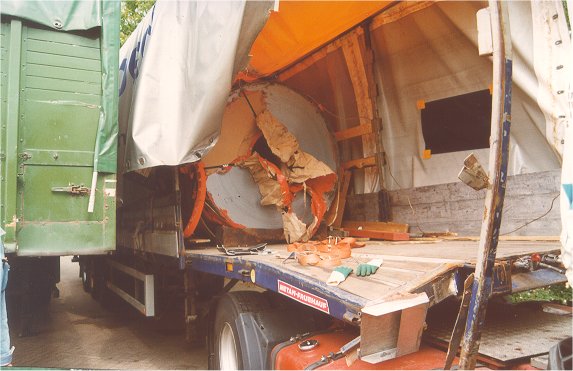 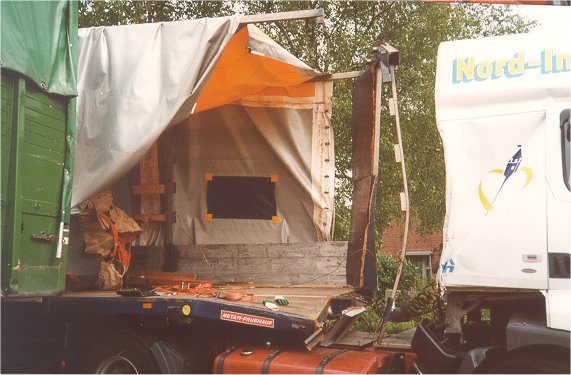 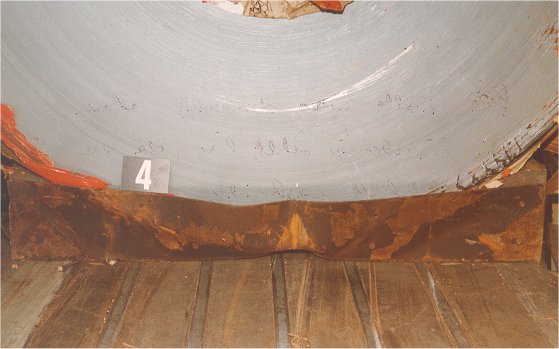 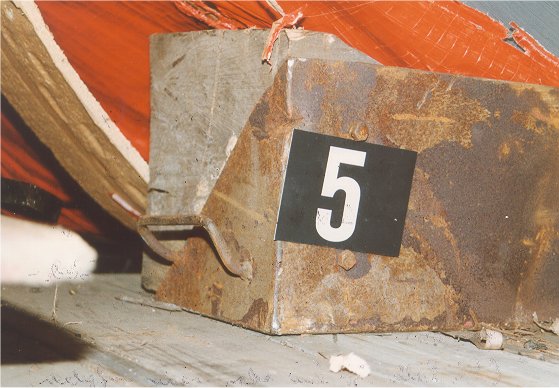 The figures show a coil (approx. 23 t) loaded on a semitrailer again after it had broken through the end wall of the semitrailer previously in an accident.

The coil was loaded on the semitrailer (tarpaulin truck without coil well) with the axis in the direction of travel. In principle, a vehicle of this type is unsuitable for transporting coils. Given a considerable amount of effort in load securing, however, it would have been possible to overcome this. However, the coil was only secured as follows: A sort of "coil restraint shoe" using wooden wedges prevented the coil from rolling sideways. The other load securing measures comprised an insertable stanchion in front of the coil and a solitary lashing belt. The friction on the loading area (materials: hardwood/metal – metal) can be realistically estimated at 0.2 µ, and unfortunately, no friction-enhancing materials were used to increase this. The belt (5,000 daN in straight line, on load securing points of 2,000 daN) was torn. It is probable that the belt, which was completely overstrained anyway, failed on the sharp edges of the packaging. On the basis of the assumed friction coefficients, a securing force to the front of some 14,000 daN would have been required, and a securing force of 7,000 daN to the sides and to the rear. As they stood, the securing measures were next to worthless.

Appropriate load securing could have been achieved as follows:

1. Use of friction-enhancing mats (minimum thickness: 1 cm) with a friction coefficient µ > 0.5.
2. Use of protective sleeves on the belts, e.g. polyurethane sleeves or splints.
3. Two high-load insertable stanchions in front of the coil.
4. Two lashings through the eye incorporating the stanchions.
5. Two lashings through the eye to the sides.
6. Two tie-down lashings to prevent the coil from rolling out of the "coil restraint shoe" dynamically.