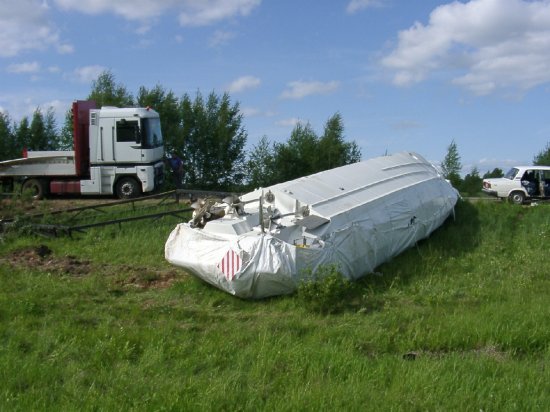 Motor yacht on its maiden flight!

The journey of a Sunseeker 50 motor yacht from Riga to Moscow ended abruptly in a ditch just outside Moscow.

The motor yacht had been loaded on a steel frame which had been lashed down to a trailer using belts.

Nothing is known about the type of load securing that was used. However transportation on a low loader would probably have had a less serious outcome. This is because a lower center of gravity of the entire unit reduces the tilting moment, and thus lowers the danger of the vehicle and its load starting to oscillate and skid. 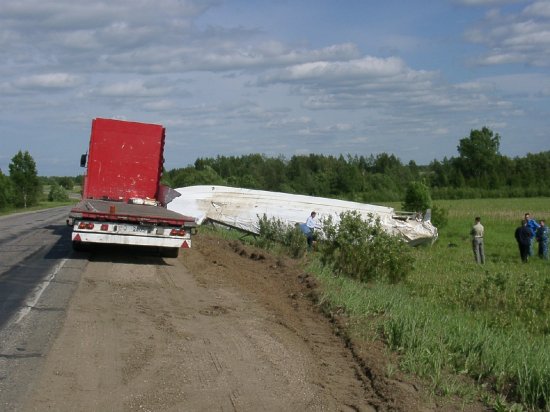