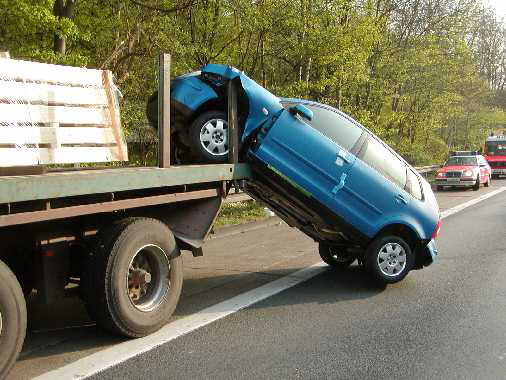 "It’s one giant leap for a small car"

Exactly how the load was secured is unnknown, but it is fairly safe to say that securing the cars with belts was not sufficient. A large part of the load was seriously damaged. The total damage was valued at something the region of 100 000 euros, not including the general economic damages caused by the traffic jam. 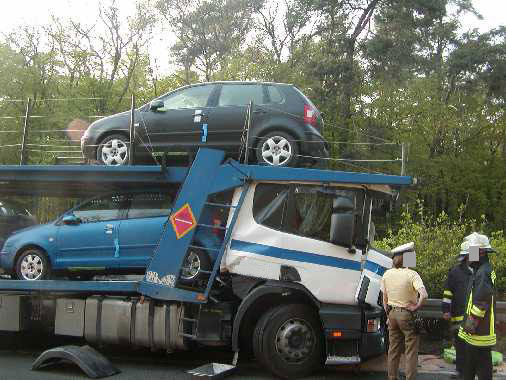 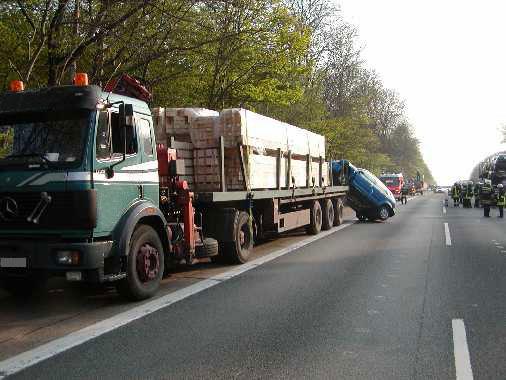 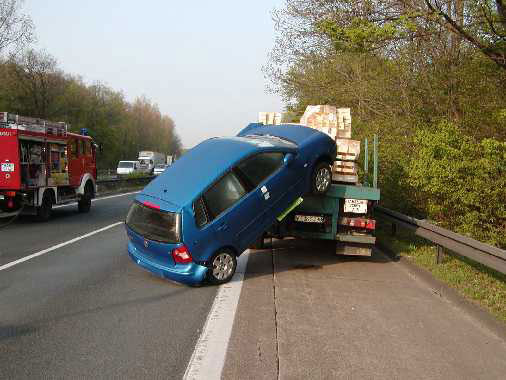 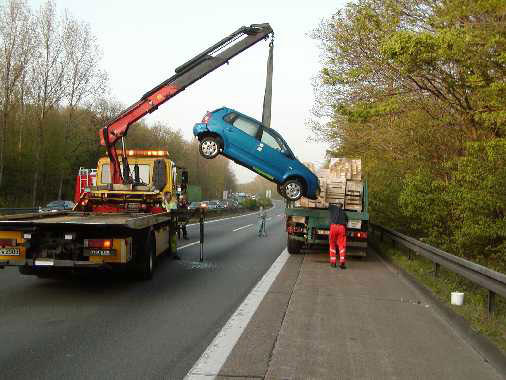