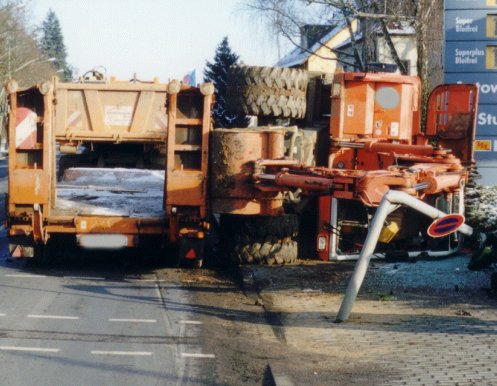 Excavator drops off at the filling station:

While attempting to turn left in Schweinfurt, Germany, a truck with a low loader prematurely unloaded the excavator it was transporting.

According to the tachograph disk, the speed of the truck was 25km/h as it turned left. Depending on the radius of the bend, lateral acceleration values of 0.3 g to 0.4 g can arise. The excavator had simply been secured with a single lashing chain along the length of the lowloader (horizontal lashing). Of course, this chain was not able to absorb all the forces acting on it, and broke. The excavator slipped from the low loader and landed on the sidewalk in front of a filling station. Fortunately there was nobody standing there and the only damage done was to property. 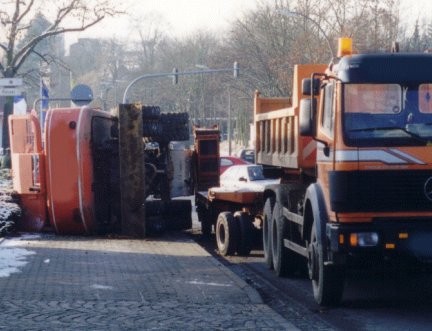 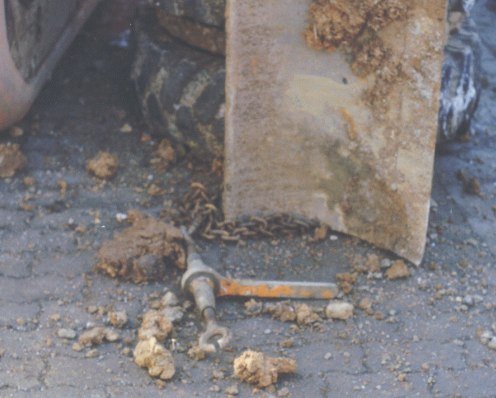 Figures 4 and 5 show the ruptured chain. 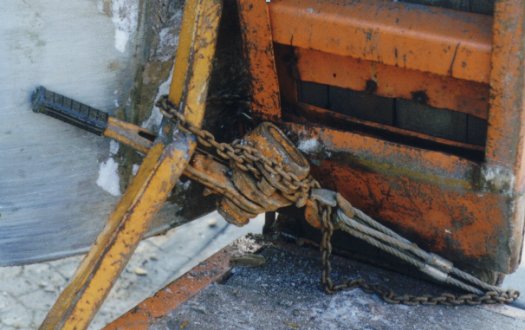 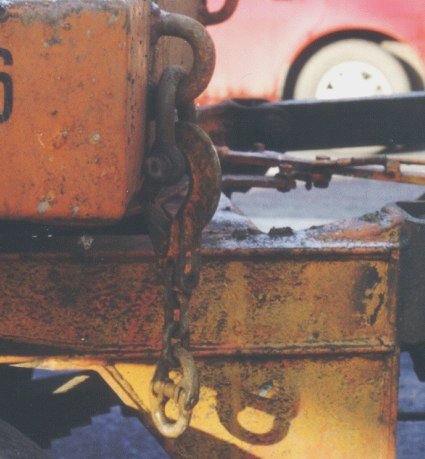