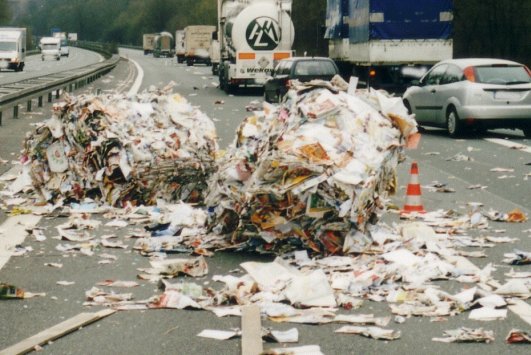 Pressed paper bales simply rolled off off the back of a truck:

At the Werneck intersection, the truck driver turned onto the A 70 slip road toward Schweinfurt. This transition road has a tight bend and is thus subject to a 60 km/h speed restriction. At the apex of the curve, the centrifugal forces became so great that the load shifted to the left. The side panels of the truck were able to absorb these forces. But the tarpaulin and bows were not sufficient to restrain the second layer.

A number of paper bales burst through the tarpaulin and fell onto the main carriageway of the A70. 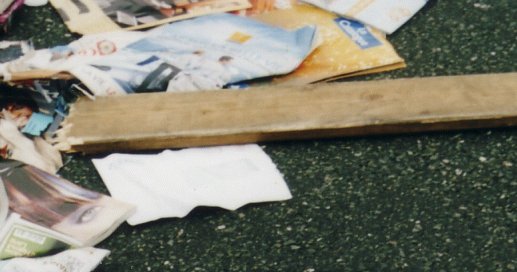 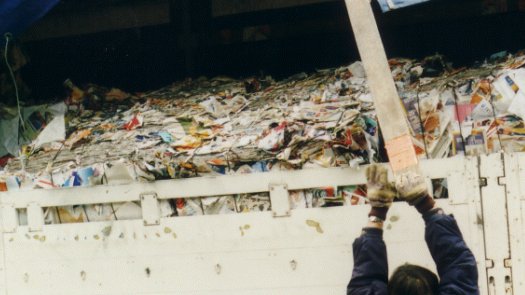 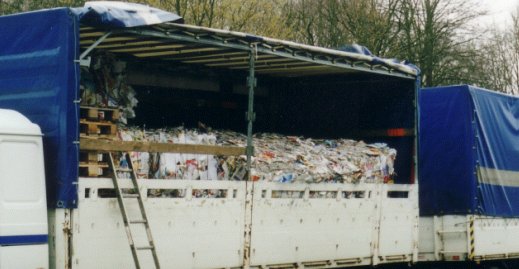 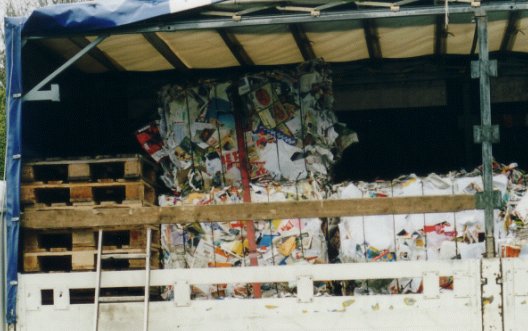 Figure 7 – Subsequent securing of the load