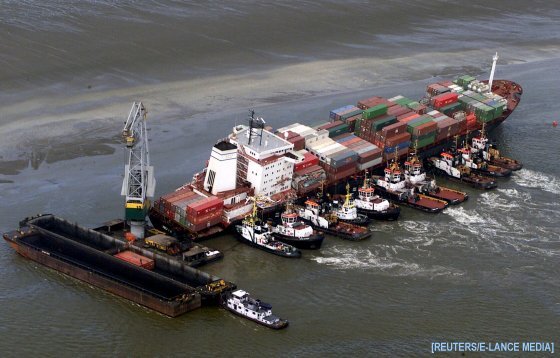 Antwerp, July 2003: the container ship PELICAN I was forced to the wrong side of the fairway as a result of bank effect* or squat* and collided with another container ship.

The collision ripped a hole some 20 meters in length along the starboard side of the ship’s hull. The machine room and hold five were flooded. The PELICAN I lost all maneuverability and was listing severely. In order to prevent the ship from sinking, a number of tugs were used to press her up against a sandbank.

They held the PELICAN I in place for a week during which some 300 plus containers were unloaded. Only then was it possibly to tow her to the nearest port.