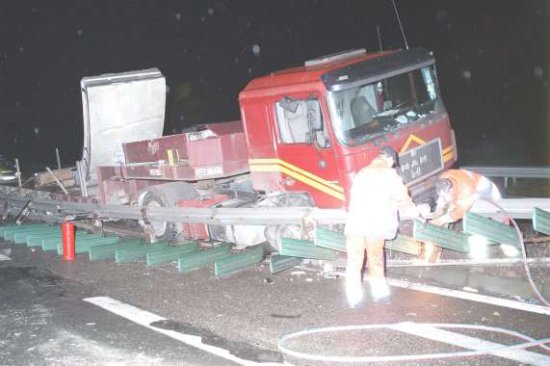 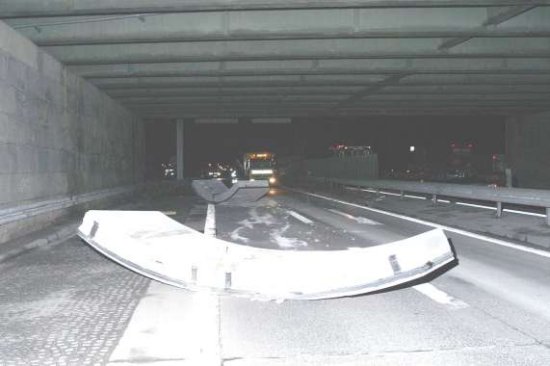 On the A2 highway at the Kamen intersection … a low loader carrying three concrete elements each weighing 8 tonnes is traveling towards Hanover … a tire bursts … the vehicle swerves and drives over 19 of the crash barriers separating the main carriageway from the slip road … two of the concrete elements are thrown from the vehicle and land on the sliproad … "record distance": the blocks slide more than 150 meters along the road … fortunately no-one was hurt.

No information is available regarding the securing of the load in this case. From the flight of the concrete blocks, it can be assumed that the securing was far from sufficient. This kind of accident scenario, too, could be avoided or at least dramatically reduced through adequate securing. 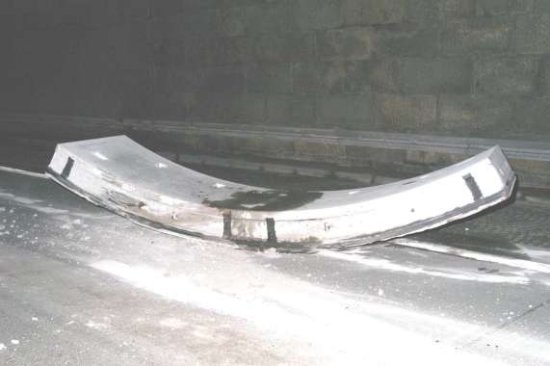 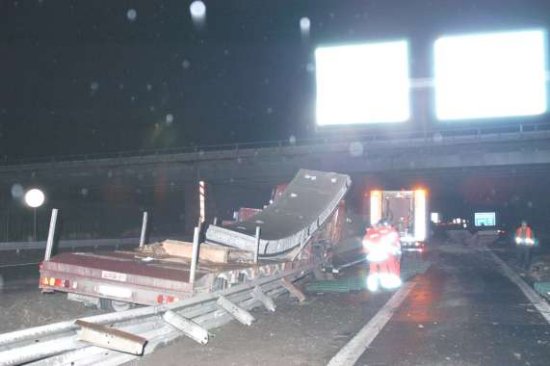 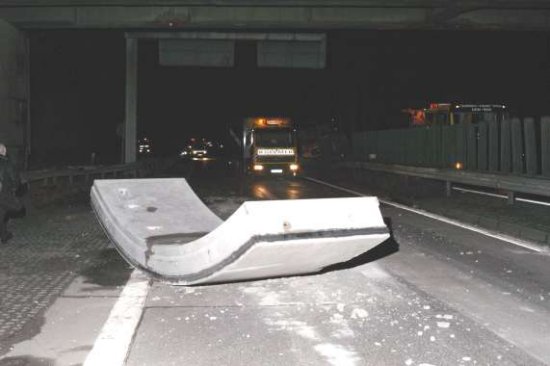