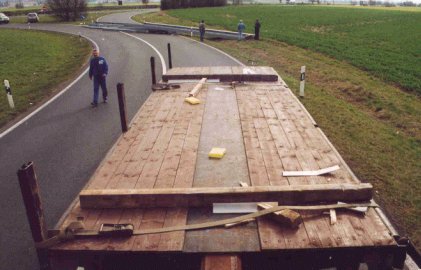 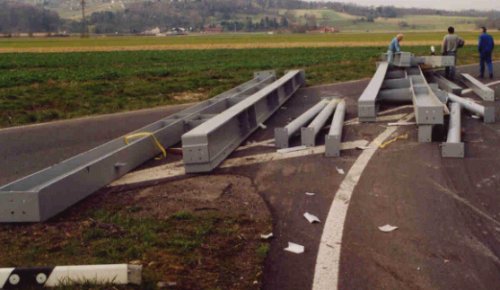 An articulated truck carrying a load of steel beams was leaving the B 469, which has an upgraded highway-style layout, from an exit in the Mittenberg district. Due to the centrifugal forces arising while cornering in the exit, the steel beams, which had been loaded on their narrow edges, fell over on the loading area.

The beams slid off the vehicle, over the opposite carriageway and buried themselves in the neighboring field. Any occupants in an oncoming vehicle would have had absolutely no chance of surviving. This is a lesson which must be learnt by those responsible for load securing. 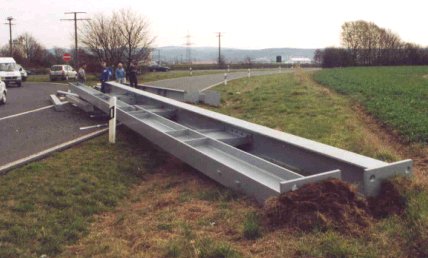 The following picture shows a tensioning belt and a steel rope which have been torn away: 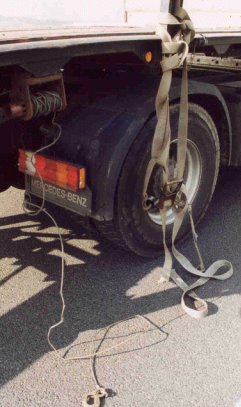 Even before this occasion, the tensioning belts were damaged and were already more than ready for "retirement". Even if the correct securing methods had been used, belts in such a condition would not have been able to retain this load: 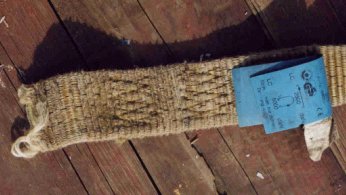 A stanchion wrenched off by the load: 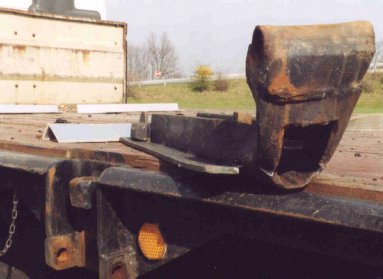 This steel rope has been torn out of the lashing point: 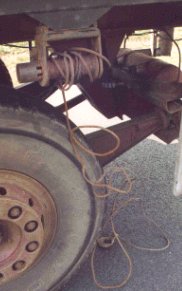 Using steel ropes for tie-down lashing is problematic as they have only very slight elasticity. Pretensioning forces can be reduced or completely dissipated by settling or slight shifting of the load. The only sensible way of using wire ropes for load securing is direct lashing, which exploits their physical strength.


How could the load have been adequately secured?