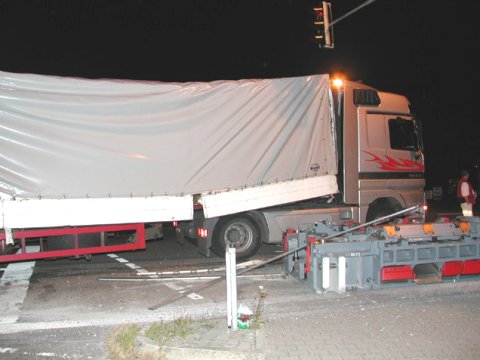 The articulated truck had to brake hard and swerve to the left in an emergency, causing its load, a press component weighing 18.7 metric tons, to slide to the right on the loading area, smash through the side wall, fall onto the road and come to a standstill behind an automobile. The automobile driver realized what was about to happen and had just moved out of the danger zone by driving forward a little (see Fig. 2).

According to the truck driver, the machine part was resting on 8 hard rubber sheets 20 x 20 cm in size. The vehicle floor consists of perforated pressure plates. Since the rubber sheets are not tested non-slip mats, the material combination steel/hard rubber must be assumed to have a friction coefficient of 0.4. The load was „secured“ with 4 belts (LC (lashing capacity) = 2500 daN) by tie-down lashing without any kind of tight fit.

Calculation of the necessary securing means for this type of securing shows that 38 belts are needed: 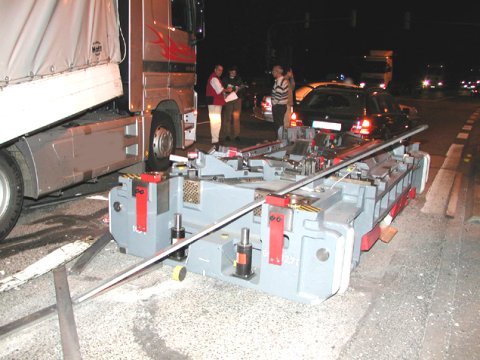 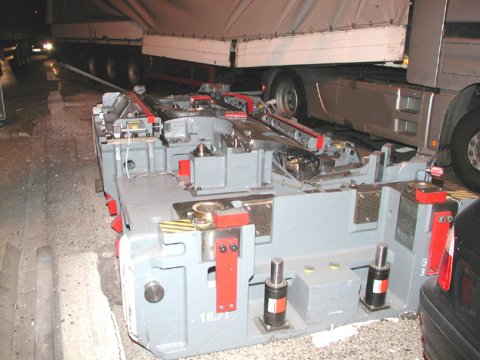 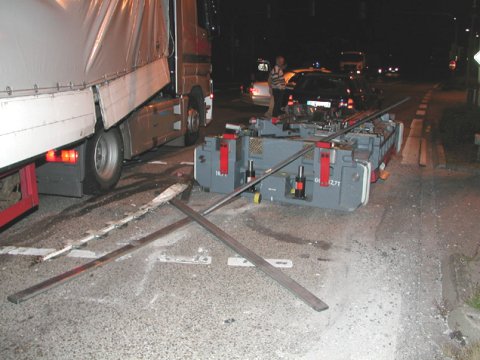 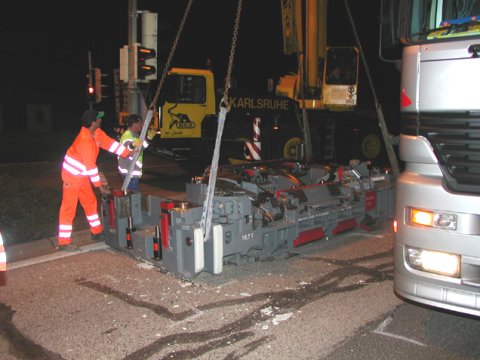