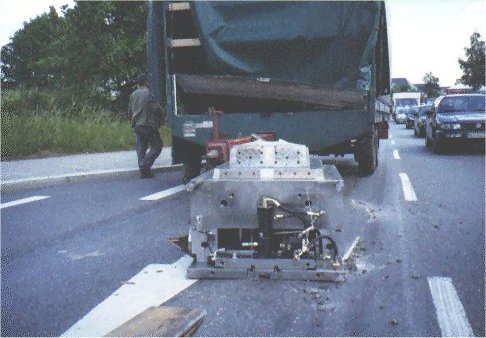 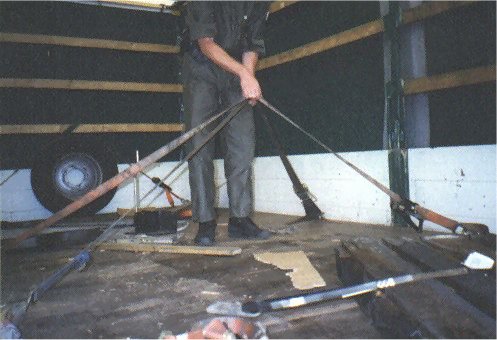 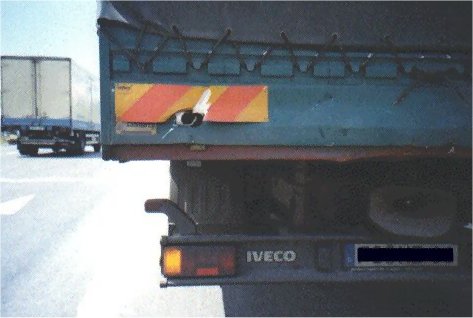 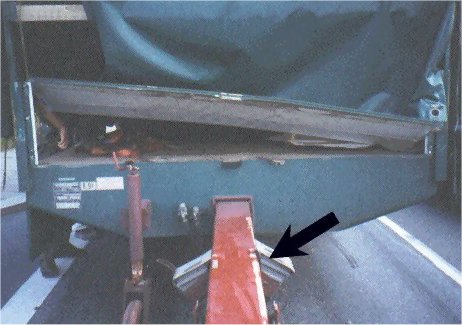 Figure 4: Front view of trailer with damaged drawbar and wall 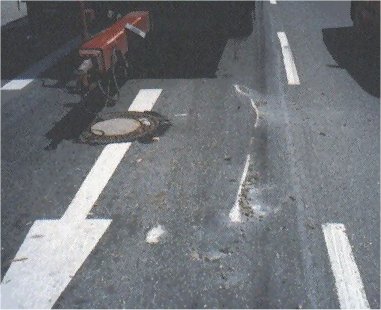 Figure 5: Landing point of the load right between the lanes

The truck/trailer combination was driving along the B15 towards the highway within the urban area of Hof. Due to inattention, the driver failed to notice a red light until too late and braked hard to come to a standstill.

An injection moulding mould weighing approx. 3.5 metric tons and fixed onto a Europallet with thin steel straps was standing in the middle of the loading area of the trailer. The load was "lashed down" with two lashing belts passed over the top of the machine. The load was not secured by a tight fit on any side.

Due to the hard braking, the load slipped out from under the two belts. The steel straps snapped and the load crashed through the front wall of the trailer. The load then struck the trailer drawbar, punched a hole in the rear wall of the truck and then slid for about another 1.5 meters along the carriageway.

During the clear-up, it was found that there were four heavy-duty threads machined into the top of the load. Enquiries to the manufacturer revealed that these four holes are provided for load securing purposes. Heavy-duty steel eye bolts can be screwed into the threaded holes. These eyes can then be used to secure the load properly in all directions.