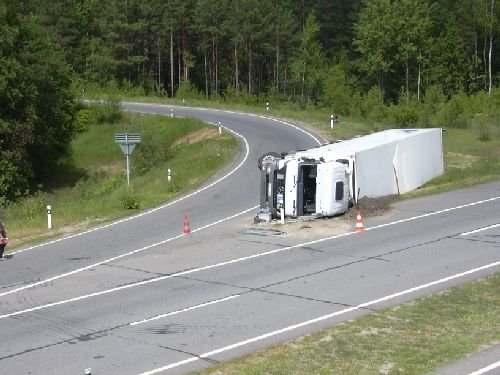 I think the case is classical sample of action of dynamical forces inside of truck.

Place of accident is road junction. Vehicle was belarusian refrigerator that carried chance general cargo. The lorry was changing roads from local road A101 to international road E-30 "Warsaw-Moscow" for further trip to Brest (Belarus). It was turning of 270 degrees. 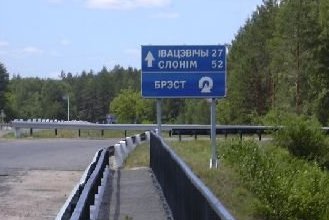 Cargo is cartons with metal production on plastic pallets. It was reported that driver usually carried perishable goods on pallets. He never carried steel cargoes like the last one. He took that cargo with occasion. There are not any lashing rings or other points of securing inside of refrigerating semitrailer. Lorry was not supplied with any lashing belt.

We consider that after reducing of friction forces on jumping pallets with cargo shifted to the left side and truck fell to the left. 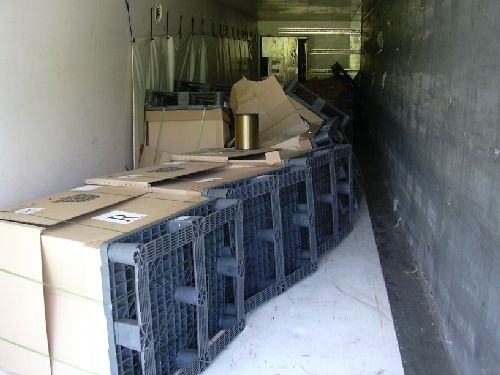 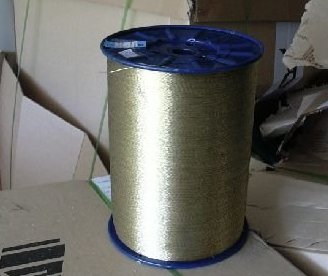 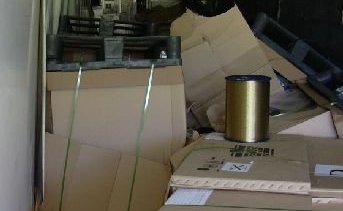 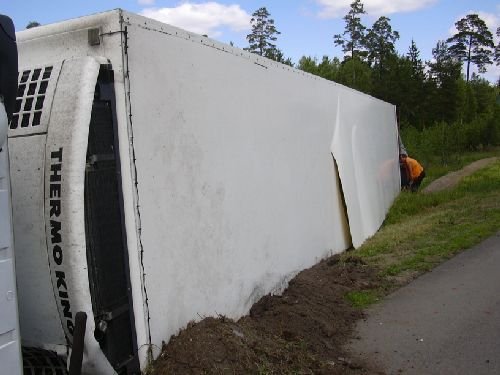 Unfortunately there is not any Regulations of cargo securing in road transport in Belarus as well in Russia. No drivers no Shippers know anything about dynamical stresses and proper securing of cargo.

We are trying to improve situation. We use "Ladungssicherungs-Handbuch" as well materials of GDV website in our articles in insurance and transport magazins very wide.

I think it is time to launch "International rules of cargo securing" as national legislations are very differ.